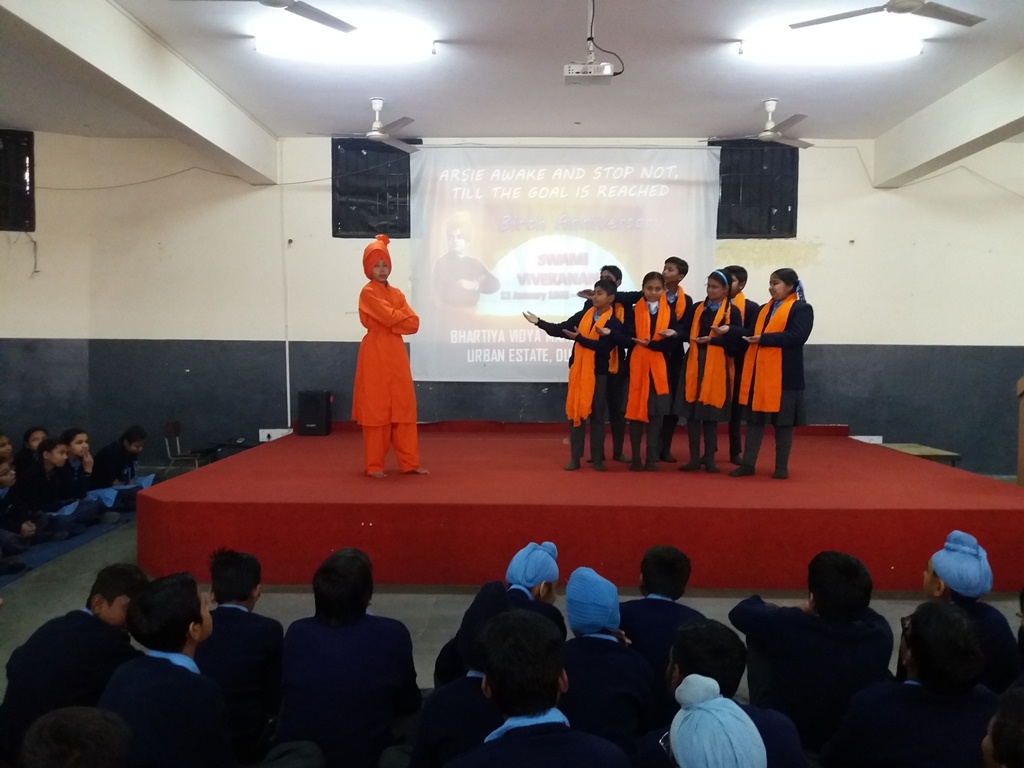 BVM Dugri celebrated SWAMI VIVEKANAND’S birth anniversary. A function was organized in the school. A speech was delivered in which students were given knowledge about the teaching s of SWAMI VIVEKAANAND. A poem on SWAMI VIVEKANAND was recited by a student. Student presented beautiful song. A documentary on his life was shown to the students. Students participated in paper reading contest. Principal Mam Mrs Ranjit Kaur gave the message that we should first imbibe the teachings of Swami Vivikanand in our daily lives & must march ahead on the path he had shown us.